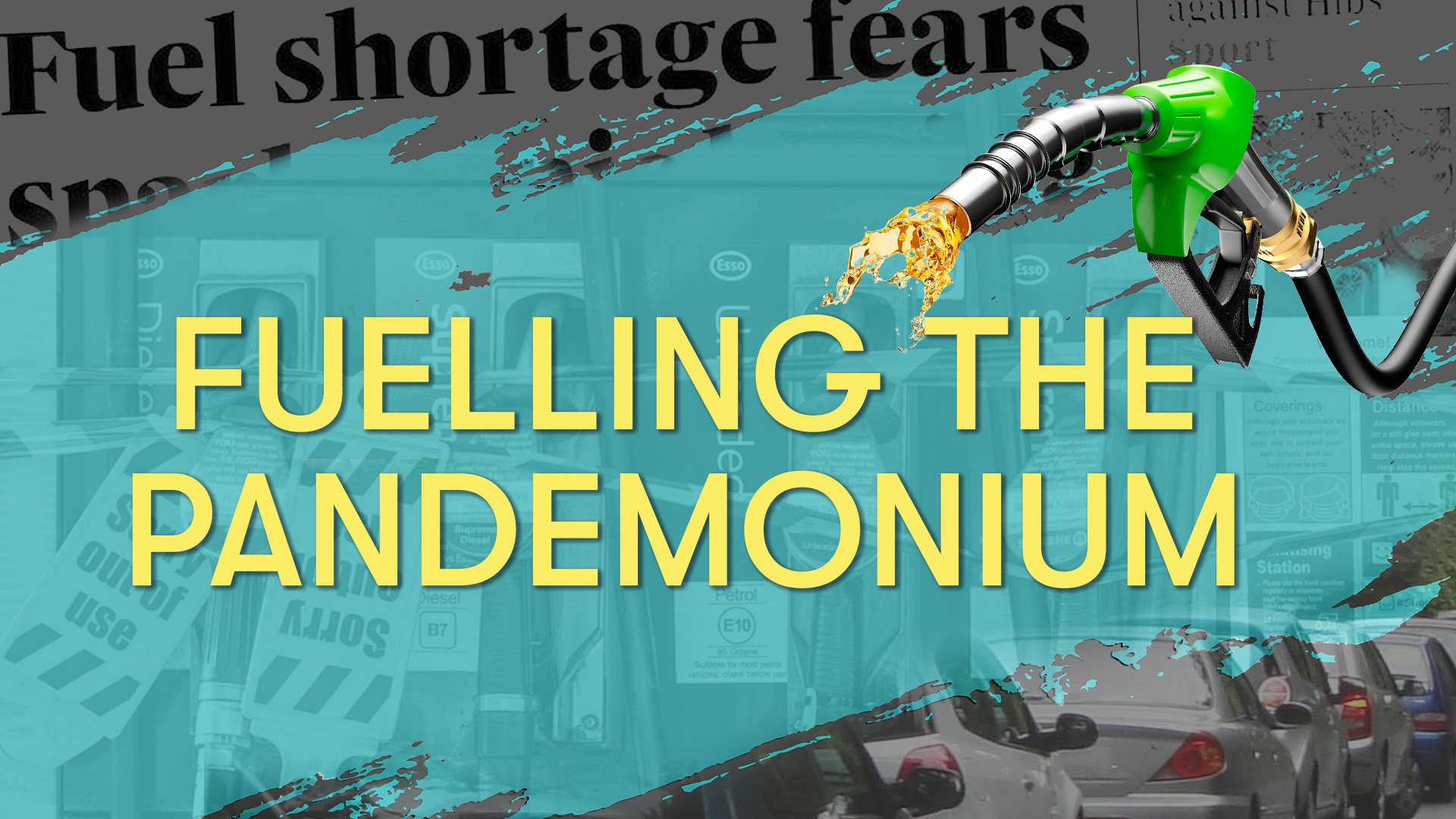 If there was ever a time to see how much of a big part the media play in our day to day lives, the coverage of the petrol shortage over the last few days have got to be up there.

They have the amazing ability to control what we do, when we do it, how we do it and why we do it, so much so the majority of the general public have recently ignored experts and decided to follow the advice of their favourite media outlets. This, as we’re sure you’re aware, has led to absolute mayhem at thousands of petrol forecourts all over the UK.

And the ironic part of all this madness is the sheer level of panic buying has caused the exact thing we were afraid of in the first place – A PETROL SHORTAGE!

However, aside from the absolute carnage it caused, it has given us some food for thought at Nifty HQ (particularly for our comms manager, Jamie, who is currently living precariously on the red line) and got us thinking just how much of a say the media has in our lives.

We’re currently hosting an interesting poll over on our LinkedIn where we’ve asked people how they prefer to stay up to date with news, and as probably predicted, online and social media are leading the way.

The digitisation of news has given journalists the ability to upload story after story and tweet relentlessly, and, as a result, fuelling (pardon the pun) the general public to make rash decisions and act in a certain way. Gone are the days where you would read the paper and wait for the next morning for the headlines. We now have more news available to us than we can shake a stick at. The Mail Online alone uploads around 750 articles every single day!

With numbers like that it’s not hard to see why the media has so much control over the general public. Think of it this way, if someone was saying the same thing to you over and over again you might believe it too – the media act in the same way.

Let’s also not ignore the power of one particular ‘hook’. How many articles have you seen/read about Coronavirus in the last four days? When before that it was probably all you would have seen when opening up your news apps first thing in the morning. It seems, we, the public, are so easy to manipulate and can be thrown around the news agenda with ease. I bet it won’t be long until we’re back worrying about the spread of Covid and the dreaded talk of a fourth lockdown – a time when a petrol shortage will be a distant memory.

So, what can we learn from all this? Maybe next time a story breaks out it might be worth taking a step back before you either act on it or pass it on to someone else. There will be other articles (I hope) giving you the facts and from there you can make up your own mind. And just so you’re 100% clear, I’m not preaching like I never do it, because believe me, I do. We are so set in our ways that there’s a chance this will never change and once the media land on something that pulls you in, prepare to roll with them every step of the way.

My Internship at Nifty